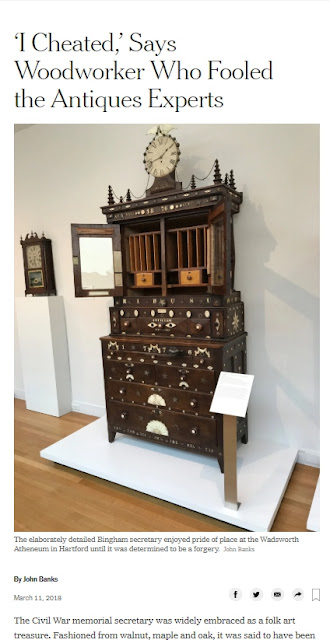 New York Times | "I Cheated": Harold Gordon said that he had no grand plan for trickery when he set out to create a phony Civil War memorial in the workshop at his home in Templeton, Mass. Read My NY Times story.
Civil War Times magazine | He rescues history, one handed: When he can't sleep at night, William Griffing sometimes will slip out of bed, walk several steps to his second-floor home office, and plop his weary body into a brown, wooden chair in front of his Mac. He’s surrounded by historical artifacts and oddities in this ample-sized room in his house in Batavia, Ill., 35 miles west of Chicago. Then he works his magic. Read more.
America's Civil War magazine | If You Died in the Civil War, Your Enemies Would Loot Your Corpse of Everything—Including Your Underwear: On a misty Kentucky morning, Confederate Brig. Gen. Felix Kirk Zollicoffer’s body lay on the muddy ground surrounded by gawking Union Army soldiers. “What in hell are you doing here?” a Federal officer shouted at the men as the Battle of Mill Springs swirled on January 19, 1862. “Why are you not at the stretchers bringing in the wounded?” Read more.

Civil War Times magazine | Mangled by Shell: A year after his regiment’s ill-fated charge at Fredericksburg on December 13, 1862, Oliver Dart Jr. faced another great trial: sitting for a photograph at a studio on Main Street in Hartford, Conn.  Read more. 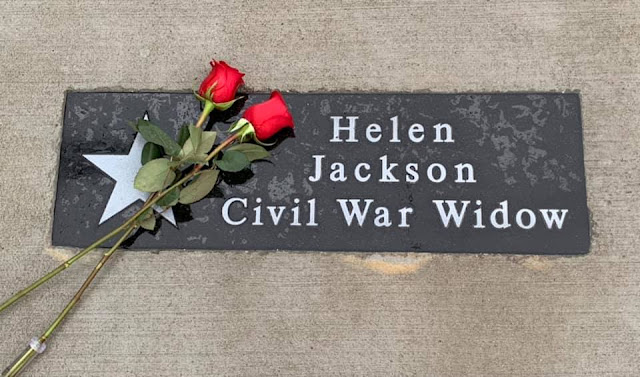 Civil War Times | The Widow's Secret: Helen Jackson was “The Last Civil War Widow,” and, oh, what a story this old woman had to tell. Read more.

Civil War Times | The curse of Ford's Theatre: At roughly 9:30 a.m. on June 9, 1893, a “rumble like an earthquake” was felt in the belly of Ford's Theatre, soon becoming a “great roar.” Then came a crash “like the end of the world.” Some thought it was an explosion. On the grand stage of the nation’s capital, 28 years after the assassination of a U.S. president there, another awful tragedy was about to play out. Read more. 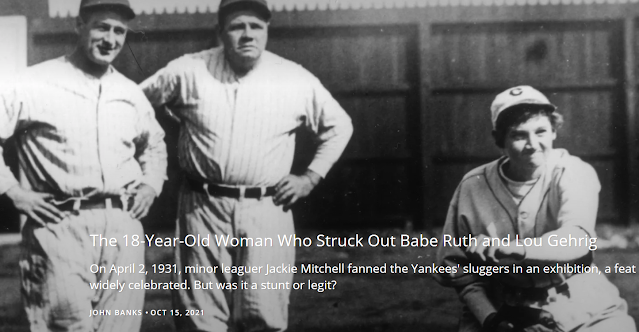 The History Channel | The woman who struck out Babe Ruth and Lou Gehrig in 1931: Or did she? "It was a stunt," Major League Baseball official historian John Thorn says of Jackie Mitchell's "feat," which drew nationwide attention. Mitchell, though, insisted it was legit. "Why, hell, they were trying—damn right,” she said. Read more. 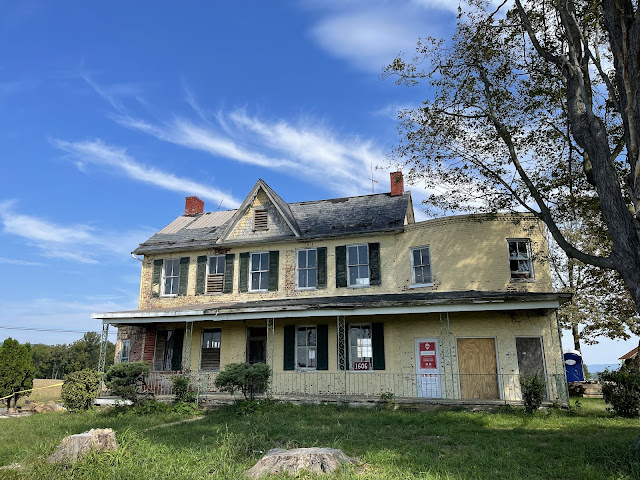 Civil War Times | This house survived the Battle of South Mountain. Can it survive development? At the Battle of South Mountain on Sept.14, 1862, three days before the much-bloodier Battle of Antietam nearby, cannon boomed and gunfire crackled from Crampton’s Gap as desperate Army of Northern Virginia soldiers were routed by Maj. Gen. William Franklin’s 6th Corps. Afterward, Burkittsville was overwhelmed with wounded and dead. With heroes, too. Read more. 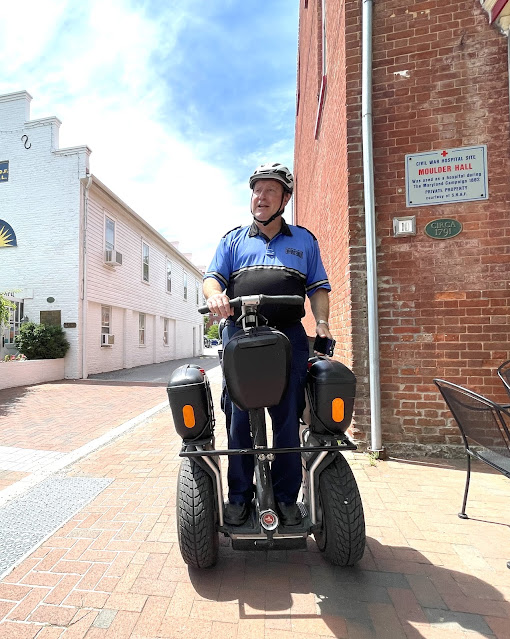 Civil War Times | The Heroes of Shepherdstown: Looking like 400 miles of bad road, I sit at a table outside the Sweet Shop Bakery in Shepherdstown, exhausted and achy but eager to walk the West Virginia town's Civil War battlefield. Then a helmet-clad man on a whirring, humming Segway rolls up, looking like he means business. Read more 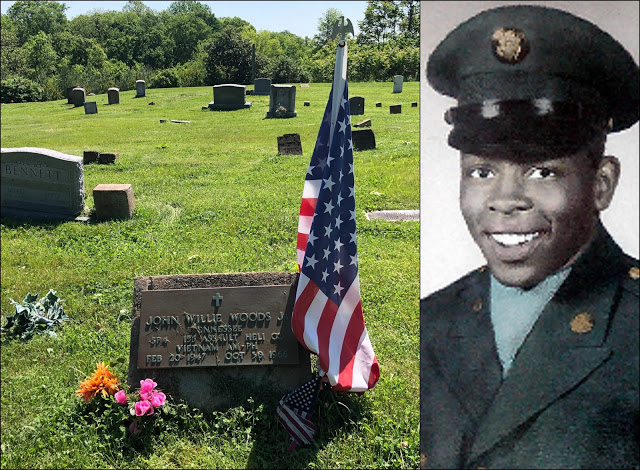 Williamson (Tenn.) Herald | 'Sweet Baby': The short life and times of John Willie Woods Jr.: He was unexceptional ... and yet extraordinary -- to his family, who agonize over what might have been; to friends and classmates, who remember a “super kid,” a football star “as fast as a jackrabbit” and a "hero"; and to many Vietnam veterans, who yearn to forget but can’t quite shake the demons and ghosts of the past. Read more. 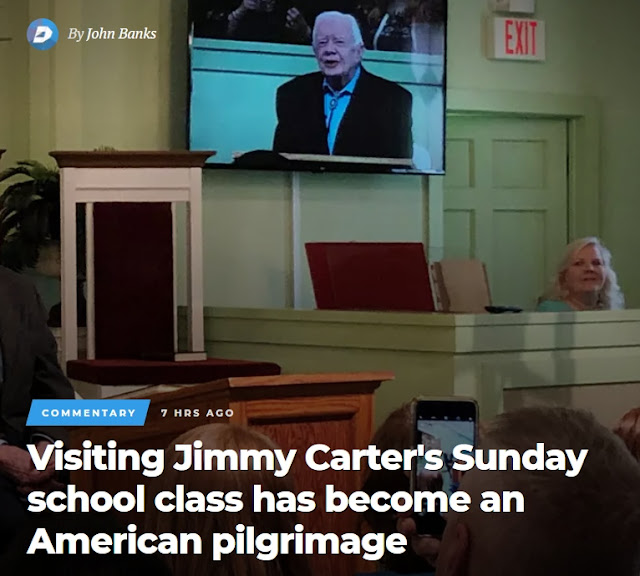 The Dallas Morning News | Waiting for Jimmy Carter: At the ungodly hour of 5 a.m., faithful and faithless have gathered in the parking lot at Maranatha Baptist Church in Plains, Ga., population roughly 800 if you count the dogs and cats. The Sunday school lesson begins at 10 a.m. Church service starts an hour later. But most of the sleepy-eyed visitors on the outskirts of town aren’t here before dawn just for church. Read more. 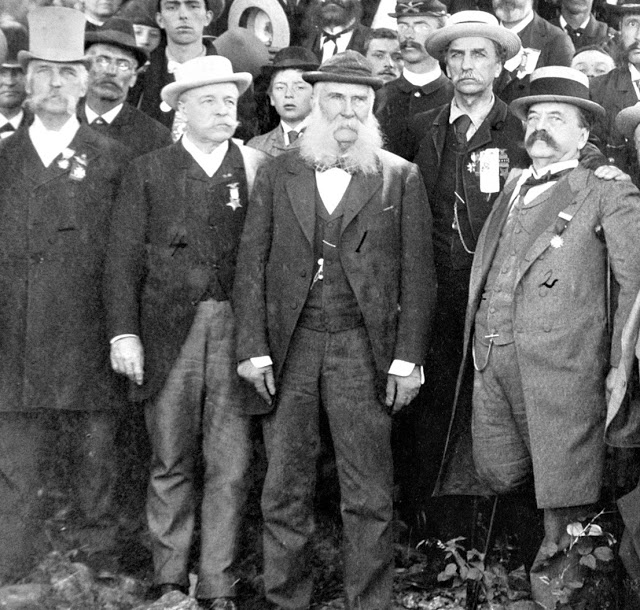 America's Civil War magazine | 'No man ... more honored': For former Confederate general James Longstreet, an 1888 visit to Gettysburg – his first since he commanded troops there – stirred a wide range of emotions. And led to the shedding of many tears. Read more

Yardbarker | "Crazy Town": The New Year’s Eve-like scene in Nashville for the NFL Draft  is wondrous and bizarre. By 5 p.m., a crowd is packed into a four-block area on Lower Broadway. Wearing psychedelic slacks, a late-20ish woman outside Kid Rock's Big Ass Honky Tonk Rock N' Roll Steakhouse reaches into a large bucket marked "Band Tips." Then she hands a man a wad of cash as thick as a slab of meat. Crazy town, indeed. Read more. 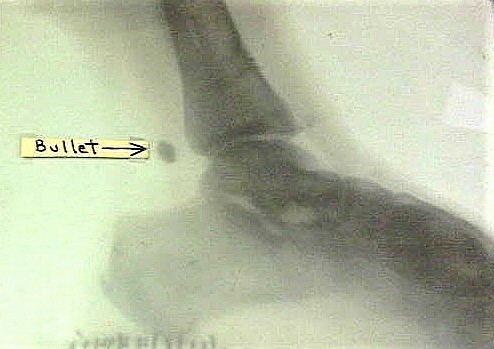 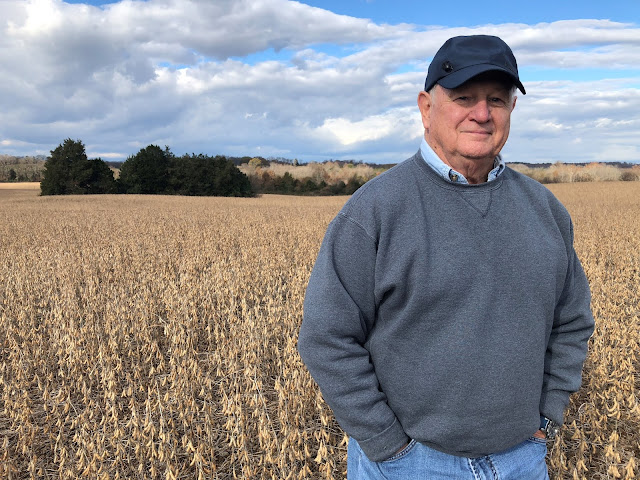 Civil War Times | His Place, His Passion: To understand Clark “Bud” Hall’s passion for Brandy Station, where the war’s biggest cavalry battle was fought, you have to explore his battlefield with him. “Brandy” is a living thing for the 74-year-old former Marine and ex-FBI agent—a fragile place worth vigorously defending, nurturing, documenting, and, yes, loving. Read more.


Civil War Times | The "other" Battle of Franklin: As the battle reached a crescendo, the commander demanded both sides cease fire. The soldiers grudgingly complied. In fact, the begrimed combatants eventually joined each other for a huge barbecue lunch, courtesy of the local Kiwanis Club. This Battle of Franklin, fought September 27, 1923, was all Hollywood. Read more. 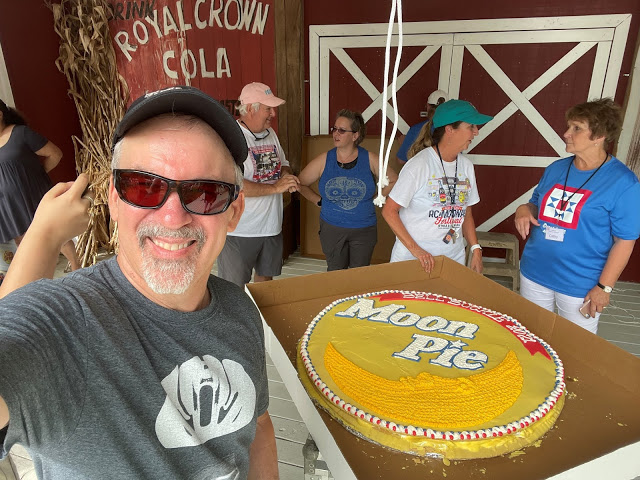 What battlefields? I'm in Bell Buckle for that giant Moon Pie: The festival in Moon Pie Country is part country fair, part homage to the greatness of Moon Pies., and part comedy. Read more. 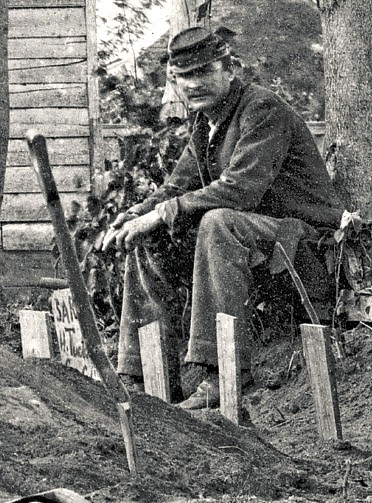 A photo investigation reveals ... the story of a Civil War soldier once lost to history. Read more. 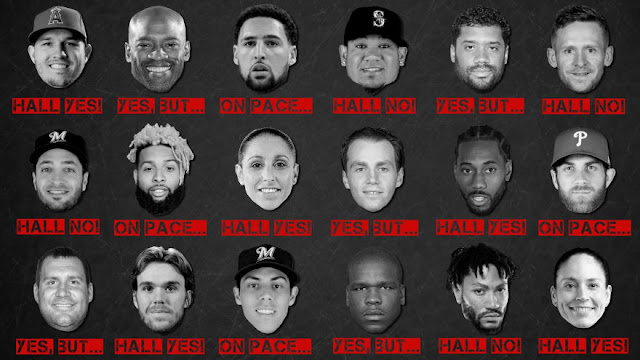 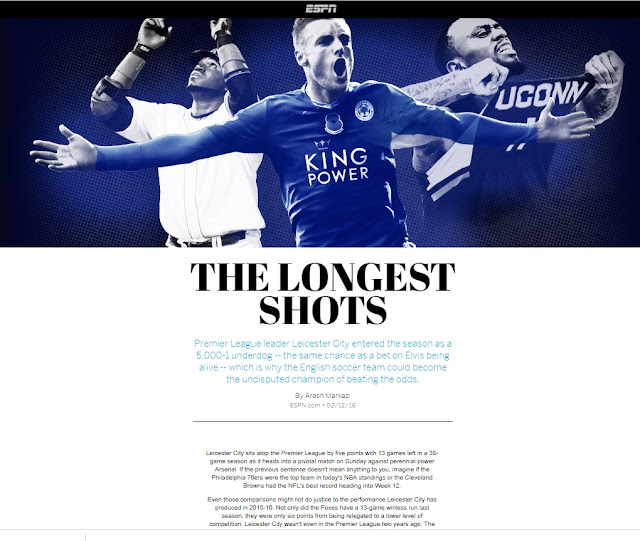 THE LONGEST SHOTS: Premier League leader Leicester City entered the season as a 5,000-1 underdog -- the same chance as a bet on Elvis being alive -- which is why the English soccer team could become the undisputed champion of beating the odds.

KOBE’S MASTERPIECE: On Jan. 22, 2006, Kobe Bryant gave the world his Mona Lisa with one of the greatest individual achievements in sports history. Here is the compelling story behind Bryant’s virtuoso performance.

2017 WORLD FAME: Who are the most famous athletes on the planet? Ben Alamar, ESPN's director of analytics, devised a formula that combines endorsements with social media following and internet search popularity to create the ESPN World Fame 100 rankings. 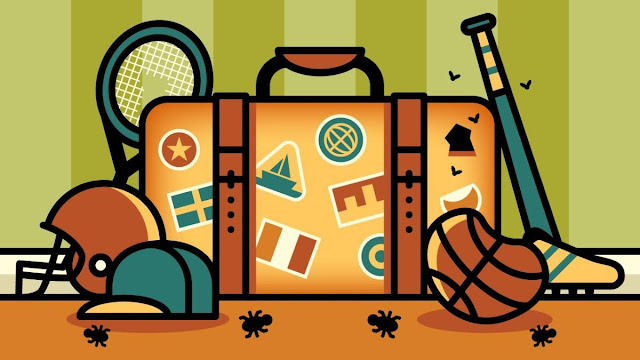 BEDBUGS, BATHS AND BEYOND: Kyrie Irving's bedbug encounter was creepy but not unique. We share other horror stories from sports travel on the road, including bad food, dangerous luggage, missed trains and more.

GRAVE MATTERS:  These four sporting legends have been gone for years, but they still get visitors. We explore the gravesites -- and the stories behind them -- of Babe Ruth, Bruce Lee, Bo Schembechler and Babe Didrikson Zaharias. 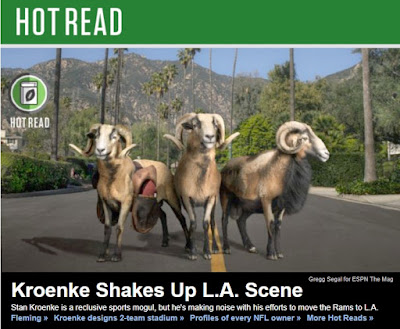 ON THE FIRING LINE IN SPORTS: For the person getting fired, the aftershocks are often just starting, or restarting for those who'd been through it before.
THE TYPEWRITER GUY: Steve Soboroff still becomes awestruck when he thinks about how he got here. As he stands in a museum surrounded by 33 typewriters that were owned by some of the world's most famous (John Lennon and Ernest Hemingway) and infamous ("Unabomber" Ted Kaczynski and "Dr. Death" Jack Kevorkian) figures, he is amazed as he looks at the machines he has purchased over the past decade.

AN ORAL HISTORY OF DEMISE OF NFL EUROPE: Elephants carrying in the championship trophy, hot tubs in the end zone, gallons of beer. Even more than a decade after it ceased operations, NFL Europe still brings a smile to the faces of those who left their mark on the league.